By WAVE2 February 2022No Comments

Rush Rush Rally Reloaded is considered by many to be among the very best indie games for the Dreamcast, with British magazine GamesTM even calling it “one of the best multiplayer games ever released for the Dreamcast.”

Retro racing fans have long asked for an updated version with the official soundtrack, and now five years since its original release on 24 February 2017, we are delighted to announce just that! 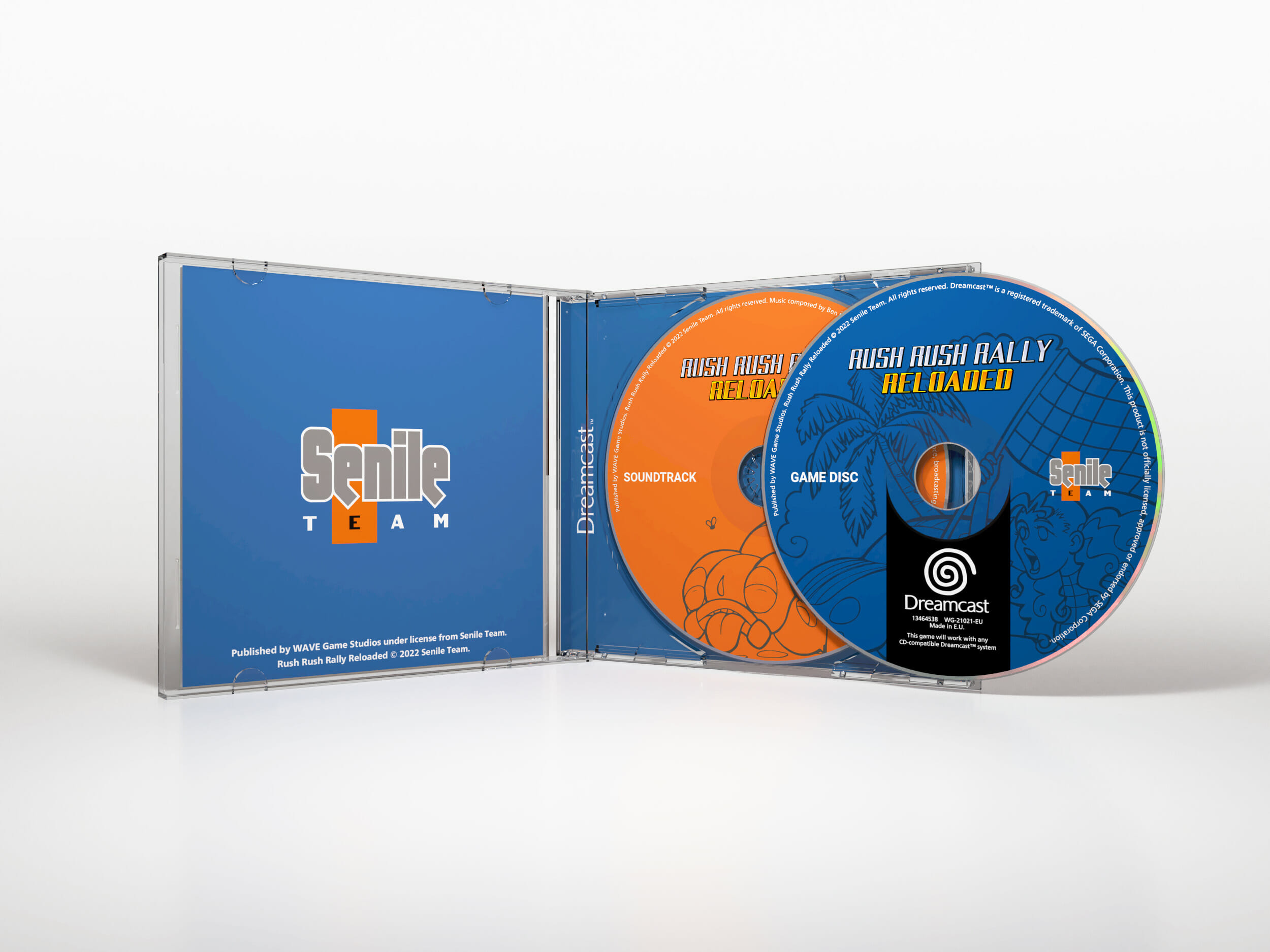 Following on from the incredibly successful launch of Intrepid Izzy in August 2021, WAVE Game Studios have worked closely with Senile Team to release this beautiful Special Edition package.