In the current climate, pretty much everybody and their mum plays video games in some form; console, PC, mobile, whatever, we just can’t get enough of interactive electronic entertainment. To that effect, it probably seems like some kind of impossibility that a console could ever fail so completely that it’s only impact on the culture is as a failed console, but it’s happened more often then you’d think- and sometimes with products from companies you’d never expect. Taking a look at every single failed console or handheld would span a novels worth of words, so today we’re going to be taking a look at four of the best – the ones you need to know about. 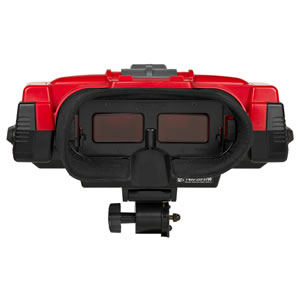 Perhaps the most well known blunder on this list (and from video game giant Nintendo, no less), the Virtual Boy was an early attempt at capturing the allure of literal-3D gaming primarily designed by the original designer of the Game Boy, Gunpei Yokoi. The way the console simulated “true 3D gaming” is through the Parallax effect, in which an eyeglass-style projector let’s the player view monochromatic images projected onto a neoprene eyepiece. Unfortunately, part of the problem sprung from the monochromatic graphics the system used, almost entirely because they’re rendered in an blinding shade of red. Nintendo claimed that full colour images would’ve both made the system for more costly then it’s initial asking price ($180), but would have also marred the 3D effect by resulting in “jumpy images”. That’s all fair enough, but when you have to issue warnings that playing the console for too long could cause headaches or eye strain, you might want to rethink the technology. That the console was also designed in a way that made it’s “portable” status negligible at best didn’t help matters, making it a somewhat-impressive-for-the-time technological marvel that’s not actually very fun to play. The console was only ever released in Japan and America, and didn’t last very long in either territory before being discontinued following some utterly abysmal sales figures- the lowest the company had seen up to that point- and a grand total of just 22 games for the system across those two regions. 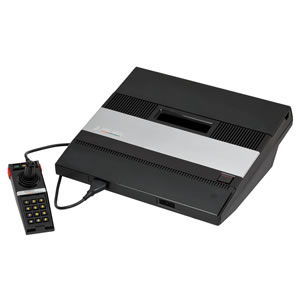 Whilst your mileage may vary on how fun the Atari 2600 and it’s expansive games library are to play today, at the time it was a phenomenal seller and was, in a pre-Nintendo market, the fan favourite console. Nearly every popular arcade title was ported to it, whether or not the console could accurately replicate it in any capacity, to give an idea of how popular it was. It goes without saying that a follow up would be an uphill battle for Atari, but in November of 1982, the Atari 5200 hit store shelves. Despite being slightly more advanced then the 2600, a number of factors contributed to heavy criticism of the 5200 from fans and the gaming press, with some of the most glaring including a very limited supply of software for the unit, as Atari were focusing most of their efforts on new 2600 titles, and the fact that a lot of the software that WAS available for it were barely updated versions of existing 2600 titles; the pack-in game for the console, a port of Super Breakout, was a notable target of this backlash, criticised for not doing enough to showcase the hardware improvements. Factors like an unconventional and awkward power supply system and a lack of backwards compatibility for 2600 titles only hurt the console further, enough so that not even a revised version of the console that DID support 2600 games by way of an adapter and revised power supply system were not enough to save it’s reputation, and the console was discontinued after just two years on the market and 1 million units sold. 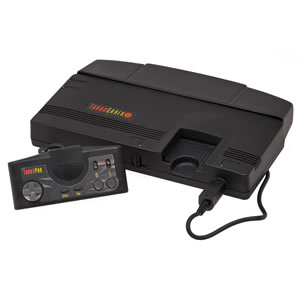 Alright, so this isn’t technically true; originally, the TurboGrafx was known as the PC Engine in Japan, wherein it was an absolute success; it even managed to outsell the Japanese version of the SNES, the Super Famicom, for a brief period of time, and maintained a steady position in second place during the 16bit era of gaming. It was released in American territories as the TurboGrafx-16, wherein in it fared much poorer and suffered from a lack of third party support, but it managed to gain something of a cult following and remains fondly remembered by the few that gave it a chance. And that brings us neatly to why the console is on the list; the utterly disastrous attempts to bring the console to Europe. NEC had already produced the first batch of consoles for the European market and had been advertising the console’s release throughout Europe and the UK- to the point of even producing “please don’t pirate/import” notices that wound up in magazines- but the comparative failure of the console in America left NEC unsure about the console’s ability to do well overseas at all, and cancelled the release quietly. The units that were produced before the cancellation were sold on to companies like Telegames and saw minor distribution that way, and in France the console was released under it’s original name around the same time as the American release, but no full scale release was ever attempted, and you had no choice but to import titles if you actually wanted to play anything on it. Thankfully, the PAL versions of the console outputs in NTSC, so it can play games that made it to the American market without the need for mods or adapters. 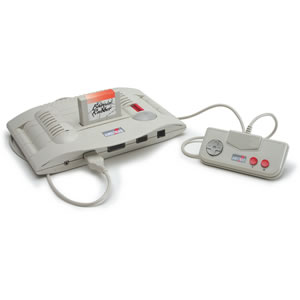 Possibly the most obscure console on this list, the Amstrad GX4000 came about in 1990, announced by Amstrad at the same time as their upgraded CPC 464 and 6128 Plus range. It had similar problems as some of the consoles above- a lack of third party support, and by proxy very limited software- but the problems ran much deeper then that. The guts of the console were one-for-one copies of those used in the CPC 464 Plus- to the point that CPC 464 Plus machines allowed the use of GX4000 cartridges by way of an additional slot on the side of the keyboard- and typically, this meant that a portion of the 27-game strong library the console received in it’s lifespan were exactly the same as their cassette based counterparts. This wasn’t lost of the gaming public of the markets it was released in- the UK and Europe- with many gamers questioning why they should invest in the console if it mean paying £25 for a game on a cartridge that only cost around £3-£5 on cassette. Conversions for the games also took a tremendous amount of time, leading to little software available on release and many games getting severely delayed or outright cancelled. The final two nails in the coffin came in the form of the upcoming hype for Sega and Nintendo’s 16bit machines, which the GX4000 couldn’t compare with, and rumours that the console was extremely poorly built out of bottom-rung materials to meet it’s £99 price tag- to the point that some console’s AV adapters would literally explode upon being plugged in. With all that in mind, it’s not hard to see why it was Amstrad’s one and only foray into the console market.

Decon is the resident music expert at WAVE. When he isn't writing about video game soundtracks, Decon is creating them under the 103 Records label.